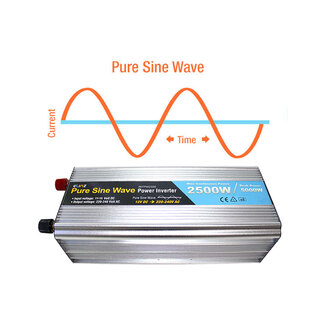 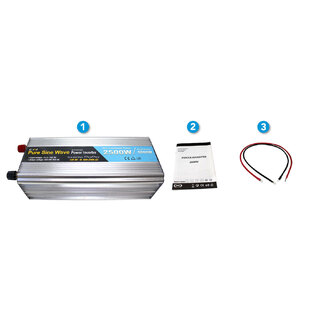 Our Pure Sine Wave Power Inverter bears the C-Tick Mark, which is a clear testament to its quality and reliability. For those who didn't know, the C-Tick is an identification trademark registered to the Australian Communications Media Authority or ACMA. An electronic device that bears the mark simply means that it complies with the applicable electromagnetic compatibility (EMC) requirements set by the ACMA. The C-Tick mark also signifies that the electronic device is being sold legally in Australia.

If you purchase our Pure Sine Wave Power Inverter, you can get the assurance that our product has passed all the necessary tests and has been approved by industry experts. It is definitely safe to use as it conforms to all Australian EMC regulatory arrangements.  If you are looking  for a wide selection of Pure Sine wave Inverters from 12V – 240V Inverters to 24V – 240V Inverters, we got it here. The High Performance Pure Sine Wave Power Inverter is your affordable necessity without sacrificing performance. The quiet running, robust, and reliable power converter connects standard Australian 3 pin electrical devices of up to 5000w to a 12v vehicle battery. It delivers maximum 5000w output and is able to maintain continuous 2500w effortlessly. The Pure Since Wave allows you to enjoy a clean and powerful AC source completely free from signal interference. You can run high powered devices such as computers, microwaves and TVs from your car, four wheel drive (4WD), truck, caravan, and boat battery. The nicely compact unit can be easily store in your boot or under the seat. You are guaranteed to experience the top range in the market giving you a complete peace of mind. Place your order today! It is often called "true" sine wave. It produces a smooth, flowing rhythm of AC electricity. This type of power output is more or less what you get in your home and it is what most household appliances are designed to run on. the consistent flow of electricity enables the PSW to provide better protection for the inner circuitry and microprocessor of electronic devices, thus, helping minimize the risk of your appliances overheating.

Guidelines in choosing the right Inverters

So what's the Inverter that fits your needs?

** If you need assistance in choosing the right inverters for your appliance
feel free to contact us anytime or email us.

Disclaimer:
Elinz is not liable or responsible for any damage caused by any misuse or negligence in using our products. Products provided have specifications on proper way of using them.If in any case , it is used and caused damage to property, the owner have sole liability on the situation.

Elinz is always here to assist you if you need guidance. Feel free to contact us.

1. What are the guarantees that the unit is safe to use?
This power inverter bears the C-Tick Mark, which serves as proof that the device complies with all the EMC requirements set by the Australian Communications Media Authority (ACMA). It also passed all the necessary tests and has been approved for use by industry experts.

2. Can I use this power inverter in my truck?
Unfortunately, you can't. This inverter is suited only for 12V vehicles. We recommend that you purchase our inverter for 24V vehicles instead.

3.  What are some of the appliances you can run with the power inverter?
The unit can be connected to all electrical devices with the standard Australian 3-pin plug. I bought the 2500w 12v inverter to replace my old square ware inverter which was quite noisy at night with our ceiling fan. Now we have peace and quiet with the fan and highly recommend these products for people living off the grid with 100% solar power. It is amazing how prices have dropped for these great little devices.